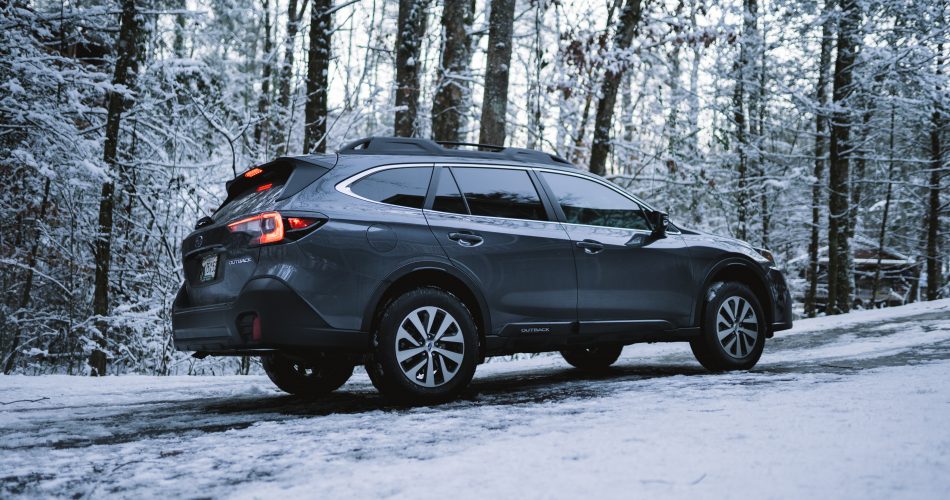 How Subaru Plans To Maintain Its Unlikely Success

Subaru might be one of the strangest success stories in the history of the American automotive market. It has been around for 53 years. A small, scrappy Japanese brand that started as a division of an industrial conglomerate, was brought to the states by a couple of American businessmen in the 1960s, and quickly met with ridicule. But it persisted, and over the decades, it has gone from being a tiny niche player to one of the most successful brands in America.

Subaru’s sales steadily increased during most of the last decade as it reaped the benefits of its unique products and marketing strategies. It weathered economic recessions far better than much larger competitors, and it is positioned near the top of consumer satisfaction surveys, sometimes totally dominating them.

But it faces challenges. Ramping up production to meet soaring demand is not easy for a smaller manufacturer, and Subaru has been hurt by the occasional recall. It also has to keep up with the ever-changing auto market, including by developing electric vehicle technology. A challenge for a small automaker. Subaru has tasted both wild success and bitter struggle.

Can Subaru Maintain Its Beloved Brand?

Subaru was an automotive brand created by the Japanese conglomerate Fuji Heavy Industries, the Subaru name is the Japanese name for the Pleiades star cluster. According to the company, the six stars of the cluster represent the five companies that joined to form the one Fuji Heavy Industries. In 1958, it released the Subaru 360, a small car that bore some resemblance to European vehicles such as the Fiat 500 and the Volkswagen Type Two, also known as the Beetle. The brand came to the U. S. in the 1960s. Businessman Malcolm Bricklin bought a contract to sell Fuji’s Rabbit scooters in the U. S., only to be told by the company that it was discontinuing scooters. Bricklin went to Japan to protest that he had been cheated, but he saw a couple of cars there, including the 360.

At 960 pounds, it was just light enough to avoid the federal regulations governing the sale of cars, which applied to vehicles 1,000 pounds or more. Panned by critics, but less costly than more popular alternatives, the company actually marketed the 360 in the U. S. under the slogan «Cheap and Ugly Does It». The FF-One, which came out in 1970, was the first car to feature Subaru’s Boxer engine. Already in 1972, Subaru had its first public offering on the New York Stock Exchange at an opening price of three dollars. That same year, 1972, it took a big step toward destiny when it released a four-wheel-drive wagon version of the Leone known in the U. S. as the Subaru 4WD wagon. It was the first time American buyers saw four-wheel drive on a passenger car rather than a truck.

In 1977, Subaru came out with another model that would prove a favorite for many: the bi drive recreational all-terrain transporter, better known as the BRAT. It was a two-door, two seats, car truck fusion and was aimed at buyers who had active outdoor lives. The vehicle developed quite a cult following among a wide range of buyers. In 1980, the company took yet another step that would help it establish a global reputation for high performance and build a very loyal following. It entered a team in the World Rally Championship. Rallying is a form of racing where drivers move from one point to another rather than drive laps around a circuit.

By the mid-1980s, Subaru was a Wall Street superstar, a much-talked-about stock that hit a high just under thirty-nine dollars per share. But soon after that, Subaru fell into decline. Reagan pursued a weak dollar policy in 1985. Through 1986, Subaru started to get massive pricing increases from their Japanese parent company in Japan. So as a result of that, the cars ended up increasing in price dramatically over a short period of time. Subaru lost our market. And then they went down into the period called the Valley of Despair from 1987 through 1994.

Around that time, other Japanese manufacturers were competing pretty stiffly with the automaker and the astronomical value of the Japanese currency hurt Subaru. In 1990, Fuji Heavy Industries acquired the remaining half of Subaru of America shares it did not already own for six dollars a share in cash.

In the 1990s, Subaru began to come into its own with a combination of products and marketing strategies that persist to this day. The legacy sedan, the first Subaru built in the U. S., was introduced in 1989. The Impreza sedan followed in 1993. Then in 1995, the company hit something that would later be seen as one of its biggest breakthroughs — the Outback.

The Outback started as a trim package for the wagon version of the legacy, with its characteristic fog lights and roof rack. It was marketed as an alternative to popular sport-utility vehicles of the day from a brand that didn’t have any true SUVs. The Outback is a category straddling vehicle. It is part wagon, part SUV. Some people consider it one of the first true crossover vehicles, a category that has bloomed in recent years. Subaru ran an ad campaign for the Outback with Australian actor Paul Hogan, the star of the Crocodile Dundee movies. The Forester followed in 1997, a similar-looking model with a slightly taller stance.

It was also the decade when Subaru began to build fierce loyalty among certain groups of customers.

One group that was considered a bit of a risk at the time, was gay women. The company discovered it had a loyal following among lesbians at a time when mainstream products weren’t marketed toward LGBTQ customers. Subaru devised ads reaching out to them. Print ads featured license plates that had references to the show Xena Warrior Princess and an abbreviated form of Provincetown, Massachusetts. The company also hired tennis player Martina Navratilova as a spokesperson. Navratilova was one of the earliest major athletes to come out as gay.

The company also targeted other customer groups who seem to connect with Subaru for one reason or another: people who liked the outdoors, dog lovers, fans of the disappearing station wagon, and of course, rally fans. And as with many automakers, Subaru has two sides to its business: the passenger cars plus the SUVs, and then the high-performance vehicles. At the same time, the company was building a reputation as a serious contender in the World Rally Championship. Subaru introduced the WRX sedan to the U. S. in 2001. The WRX and the further sport-tuned sibling WRX-STI have become hugely popular as racing and enthusiast vehicles.

Subaru has also had some memorable slogans over the years, including ‘The beauty of all-wheel drive’ in the mid-1990s and the highly successful campaign that went by the tagline ‘Love. It’s what makes a Subaru a Subaru.’ To that end, Subaru has also become very involved in philanthropic work. It is not unusual for an automaker to support charitable causes, but Subaru has emphasized service and giving as selling points for the brand. Subaru has partnered with groups like the American Society for the Prevention of Cruelty to Animals, ASPCA, and sponsored animal adoption events, often at its own dealerships.

There are a few technical traits that Subaru is well known for in the automotive world. One is the boxer engine, a flat four-cylinder engine. It is called the boxer, because the pistons move horizontally, giving the appearance of two boxers standing back to back and pumping their fists outward. Subaru did not invent the flat-four and is not the only automaker to use it, but Subaru’s commitment to the boxer is practically unparalleled. The engine is found in every single one of its vehicles.

The second bit of tech is the company’s commitment to all-wheel-drive vehicles, something Subaru has been serious about for decades. All-wheel drive is not unique to Subaru, and it’s not the first or only car company to offer it. But Subaru was an early adopter and it was serious about equipping its vehicles with all-wheel-drive since the 1970s. This emphasis was a turning point for Subaru, it made the vehicles popular in regions with harsh weather conditions such as the Pacific Northwest, the Rocky Mountain states, and the Northeast.

As of 2021, all of Subaru’s models, except the race-focused BRZ, come with an all-wheel drive. Subaru’s cars themselves are also distinct. Several of their models, such as the Outback, Crosstrek, and Impreza Wagon, are all wagon or wagon-like vehicles in a market where wagons have all but disappeared. That is compelling to customers who still want a car-like vehicle that has some of the benefits of an SUV.

A combination of a focus on practical category straddling vehicles and a marketing strategy that focuses on niches of passionate buyers has given Subaru an impressive position in the automotive market.

Here is the Kelley Blue Book’s Brand Watch report — a consumer perception survey that weaves in shopping behavior to determine how a brand or model stacks up with its competitors on a dozen factors key to consumers’ buying decision. There are 12 factors that are most important to consumers when they’re making a car buying decision and Subaru just is killing it on that list. They own safety. They jumped ahead of Honda and are second to Toyota on durability and reliability, which is the most important factor. In the Q4 2020 report, Subaru ranked among the top three brands in 10 of the 12 most important factors for consumers in deciding to buy a vehicle. A year ago, it was ranked among the top three brands, only in six categories. Subaru is also number one in safety and number two in almost every other category. Very importantly, Subaru also tops KBB’s resale value category.

Subaru’s growing reputation has led to some incredibly impressive sales streaks, even in times when the rest of the automotive industry and the larger economy were struggling, such as the recession spurred by the financial crisis of 2008. When the financial crisis hit, other manufacturers were extremely hurt by that. But Subaru was able to do price reposition, create value that was in our products, they were able to continue to grow even through the financial crisis.

Subaru’s challenge now is maintaining the momentum. Its 93-month sales streak broke in September of 2019 before the coronavirus pandemic. Higher demand has raised some questions about whether Subaru can keep up production. The company has had to stage a few recalls in recent years, which have cost them.

As it confronts quality issues, Subaru still has to consider whether it is worth adding production, which could be costly and backfire if demand slips. Along similar lines, Subaru has moved very far upscale from its humble roots with price tags that could work against it if customers find themselves with less to spend.

One of the challenges they may have, though, is expanding into other parts of the country. They have had some challenges expanding geographically to, for instance, the Southeast.

Finally, the brand has to do what just about everyone else is doing. Prepare for a shift toward electric vehicles. Subaru has little in the way of its own electric vehicle technology. However, the manufacturer does have a partnership with Toyota. The two companies already collaborate.

In a market that is more or less constantly changing and riddled with uncertainty, Subaru has a strong brand, a loyal following, unique products, and perhaps most important of all, a history of listening to its customers. 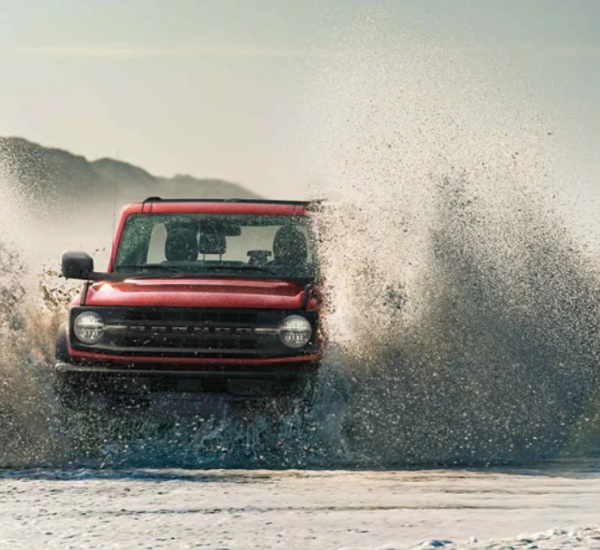 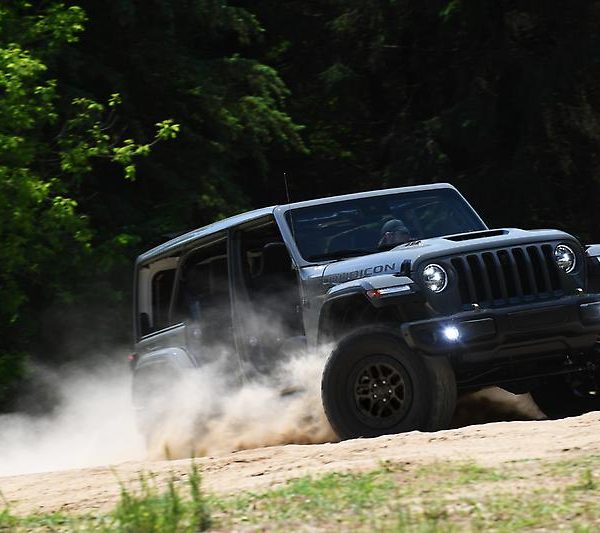