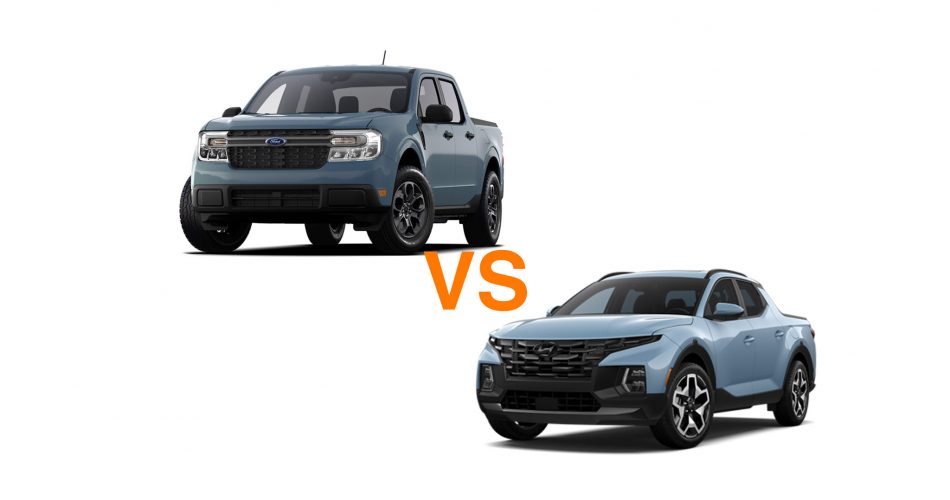 Hyundai Santa Cruz vs. Ford Maverick: Which is the Better Trucklet?

The 2022 Hyundai Santa Cruz and Ford Maverick are a breath of fresh air for truck lovers looking to try their hand at something new and more diverse. After nearly 10 years, both brands resurrected their truck lines to deliver stunning crossover vehicles that embrace both the open bed design of traditional trucks and the adventuring range that befits most modern SUVs.

From a cursory glance, they are very similar at the highest levels. Both have 4-wheel drive, five seats, turbo-4 engines, deep truck beds, and impressive towing capacities of over 4000lbs. Both are also marketed as trucklets, inspired by successful SUV crossovers from their respective brands, but they are different in all the ways that matter.

The entry-level choice for the Ford Maverick Hybrid hits the ground running in the race for fuel-efficiency. It sports a front-wheel-drive chain that sips fuel at 37 miles per gallon and costs about $20,000. Hyundai Santa Cruz offers nothing in that spec or price range. Their entry-level models start at $23,990.

On the track, both nab similar numbers on a race to 60 mph, with the Ford ahead by a tenth of a second, coming in at 6.4 seconds.

When it comes to raw fuel efficiency, the Ford Maverick delivers the best performance. On a 120 miles track test, it scores 27 mpg, while the Santa Cruz recorded 29 mpg because of its weight and engine. The 2.5-liter turbo-4 engine, though powerful, can become a liability on full load across long distances.

The Hyundai Santa Cruz surges even further ahead with its 5000 lbs carrying capacity versus the 4000 lb on the Maverick at the maximum specifications. It also offers a low load floor, a cool integrated trunk drain, an additional composite Bedliner, plus a roll-up bed cover.

However, the Maverick offers a brake controller, which allows you to adjust the brakes from inside the cab when you’re hauling a heavy trailer. The trailer bed is also deeper and easier to access, which often matters more in the day-to-day.

Despite claiming the trucklet moniker, both drive very differently from actual SUVs. The Ford Maverick moves like a truck. Its steering is a bit stiff, and it’s hardly comfortable around corners.   It carries itself with the sort of drudgery you’d be familiar with if you drove a classic Ranger or F-150.

The Hyundai Santa Cruz, on the other hand, is the exact opposite. It skates corners well, the transmission system snaps and switches easily, and the truck remains grounded during turns without placing too much stress on the cabin. This trucklet does not quite move as smoothly as an SUV, but it’s miles better than the average truck.

Both manufacturers doubled down on their new design identity, providing an interior that is more like an SUV cabin than a traditional truck. They are lower and easier to access and carry all the tech you’d typically find in a modern SUV.

The Santa Cruz easily takes the lead in this comparison. Although the Maverick feels smooth to the touch, the Santa Cruz uses more premium materials. They both have the obligatory screen displays, but Hyundai goes a step further and included a 10.25-inch display instead of the standard 8-inch we find on the Ford.

The Ford Maverick is not all bad though; far from it. It offers more in the way of versatility and practical use. The console is zoned properly, allowing you to easily access storage areas and the backseat has a dedicated spot for your own 3D printed accessories.

The Hyundai Santa Cruz departs from the traditional pickup truck design in ways that reminds us of the Subaru Baja. Released alongside the Hyundai Tucson, it might look near-identical to the pickup from the front. Its distinct Hatchet-shaped taillights and Black body styling set it apart from any other pick-up in Hyundai’s lineup.

The 2022 Ford Maverick lands that authentic “pick up” look despite not being a truck itself. It still manages to somehow carve a space out for itself despite being released alongside the Ford Bronco Sport and Ford Escape. There is a powerful bar along the front that gives it a special kind of appeal. Pair that with the wheel arches that house 17-inch steel wheels and a flat, a boxy shape design that pays homage to classics like the F-150, and a smaller form factor, you have an easy choice for a Truck enthusiast.

Well, it depends on your tastes and wallet. The Ford Maverick provides better value hands down. Considering its entry-level price, it provides more options than the Hyundai Hyundai Santa Cruz. Even with the lowest specifications, it holds enough appeal to the average user. However, if you’re looking for a more streamlined truck experience and don’t mind the interior polish, the Santa Cruz is an excellent choice. Fully specced, the Ford Maverick costs about $32,000, while the Hyundai is priced at $40,000. 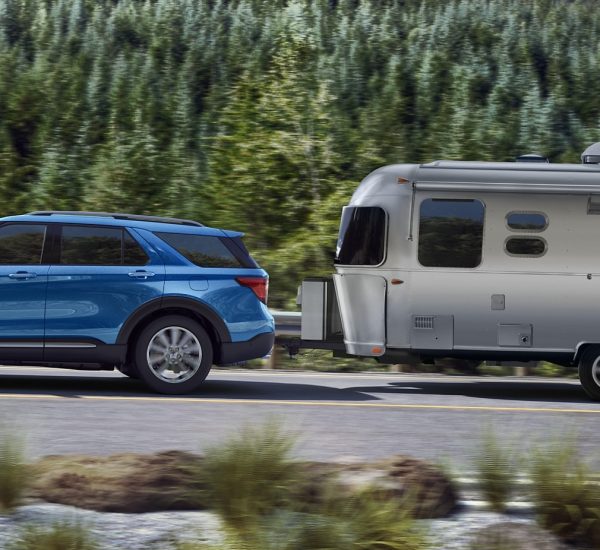 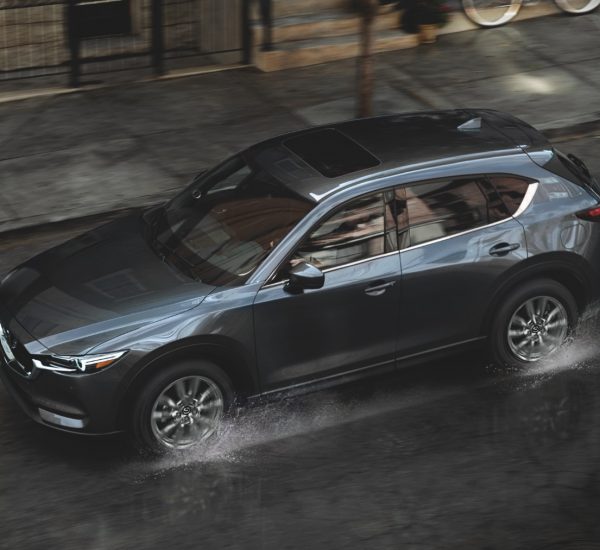