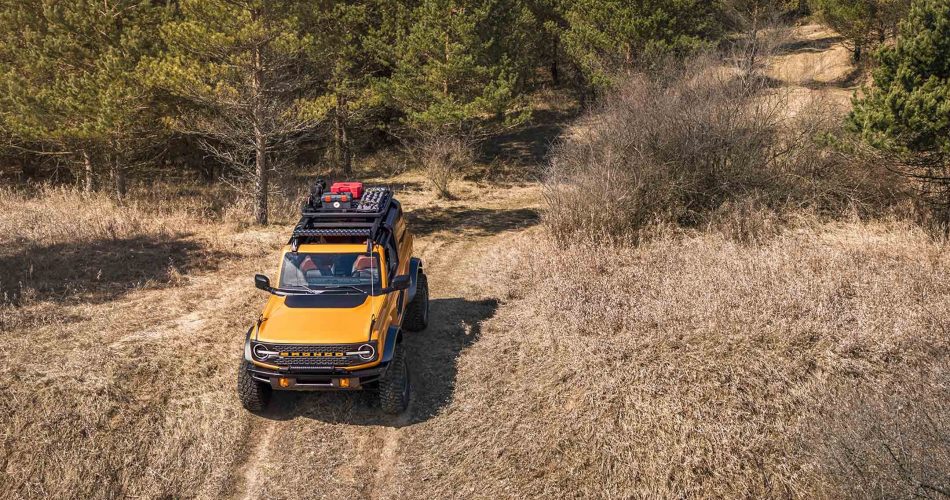 How many models does Ford provide this time?

The new Ford Bronco arrives in 3 and 5-door versions. The 3-door is more contained in terms of dimensions, with a length that will be around 440-445 cm. The largest 5-door should exceed 485 cm in total. All the body variants more inspired by the world of SUVs. The most extreme, real 4 × 4 as well, has the spare wheel placed on the tailgate. This will increase the length of the car by about twenty cm.

The doors and the roof are removable and there is even a lift sign on the bottom of it: you don’t find anything similar in other cars. The doors in the Bronco are not only removable but also you can put them in the cargo area.

However, the mirror is mounted on the vehicle and not on the door so you can continue to see behind. The advantage of it is that you can drive safer. Back seat and its headroom is excellent. After that, the legroom is pretty tight but you can still feel comfortable.

In the tailgate Cargo area you have the Bronco Logo inside, space for accessories, the coolest is the sliding out tailgate.

Since this is a special vehicle, there will not be many competitors. The most likely to collide with Bronco is the Jeep Wrangler.

It will be produced in two variants: two-door and four-door.

With lengths respectively of 441 cm for the “short wheelbase” and 481 for the longer one.

The fact that it is a car that well exceeds 4 meters already makes us understand the tonnage that this vehicle is destined to possess. The lengths are identical to the rival and compatriot so it is reasonable to expect a similar width and height. Recall that the Wrangler is 183 cm wide and 190 cm high.

Frankly speaking, there is a lot to love – especially the old look front end of the Bronco. Car lovers admit positive feeling with the Bronco – logo is everywhere in big white letters, even on the wheels we can find the Bronco logo.

Badlands and Outerbanks version sort of luxury Bronco sport 18 inches alloy wheels. You get 17-inch wheels that look more purposeful and are the coolest option with stronger shock absorbers.

The tailgate can be opened laterally as on other off-road cars while the roof and rear window can be removed if necessary.

The Ford Bronco 2021 interior is simple, elegant but above all modern. You notice it is a vehicle well designed. The touchscreen of the multimedia system can be chosen at 8 or 12 inches.

It is connected to the internet and is combined with a satellite navigator that has the NeoTrecks Accuterra Maps platform which has over 1,000 off-road tracks inside it where you can appreciate the technical goodness.

The interior fabrics are resistant to water and mud and there is also a rail positioned above the dashboard where you can house the GoPro while recording your off-road adventures.

Ford’s choice was to study the passenger compartment referring to the old model it develops horizontally as in the old version but at the same time to make it modern by providing it with the main elements of the latest technology that must not be missing in a new car.

Storage department in the back of the front seat. This car also has a wireless charger.

For the interiors, there’s a high-level technology. The Ford Bronco is not a Spartan off-road vehicle.

Aesthetically, the car decidedly looks boxy. A line from the past revisited in a modern key. The front nose is equipped with a large mask with Bronco writing in the center. The headlights are equipped with Full-LED technology and a circular design.

From the motor point of view, the Ford Bronco will certainly come with two turbo petrol versions. The attack one will adopt the 270 HP 2.3-liter EcoBoost with a maximum torque of 420 Nm. Increasing power, there should be an unprecedented 325 HP 2.7 V6 EcoBoost with over 540 Nm of torque. It cannot be ruled out that a diesel engine may also be offered for European customers. There could be the 238hp 2.0 EcoBlue with 450Nm of torque.

Under the hood, there would therefore be a 350 HP V6 3.0 petrol engine, which works together with a 100 HP electric power unit. The overall power would be 450 horsepower with a torque of 840 Nm.

The new Ford Bronco’s traction will be integral as standard. In terms of transmissions, there could be a 6-speed manual gearbox or a 10-speed automatic. For those who want to fully enjoy manual driving on dirt roads, Ford is developing a 7-speed gearbox. In it we will have a kind of new reduced first gear, running only at low speeds. This could be labeled with the letter “L” and be placed to the left of the first. This mode would be usable only off-road and at low speeds.

The best of the best

The legendary Ford Bronco returns in the form of new two and four-door versions of the Bronco, as well as the new four-door compact crossover Bronco Sport, offering extreme off-road capabilities.
The Bronco is powered by powerful EcoBoost engines with an exclusive 7-speed manual transmission, unique all-wheel-drive system, optional 35-inch tires, and 17-inch bead lock wheels.
The most powerful V-6 EcoBoost in its class.

Only the wild track offers all the 8 Goat mode; it even uses the computer to analyze for example when to lock the differential, etc.

Conclusion: Ford clearly had fun making this car with all these cool accessories and new weird ideas; perfect and professional. Even with the color names, for example, AREA 51. 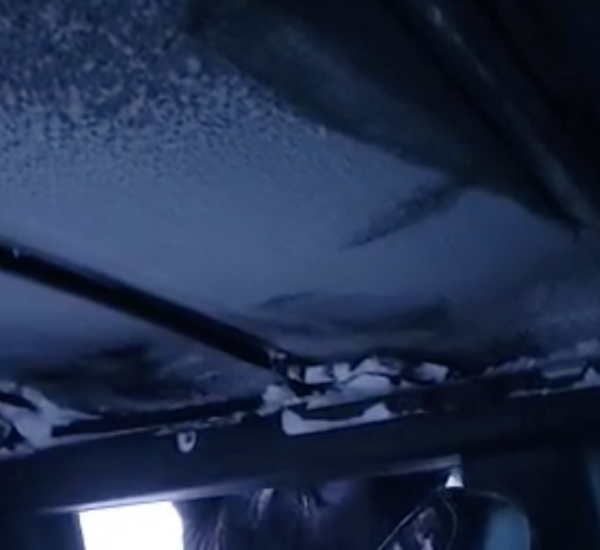 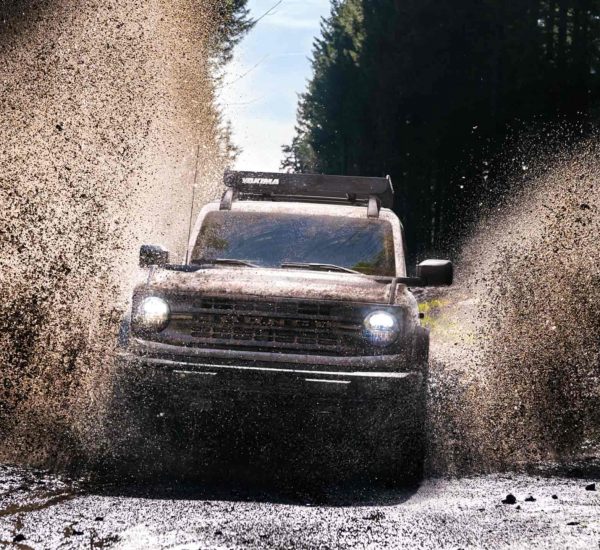