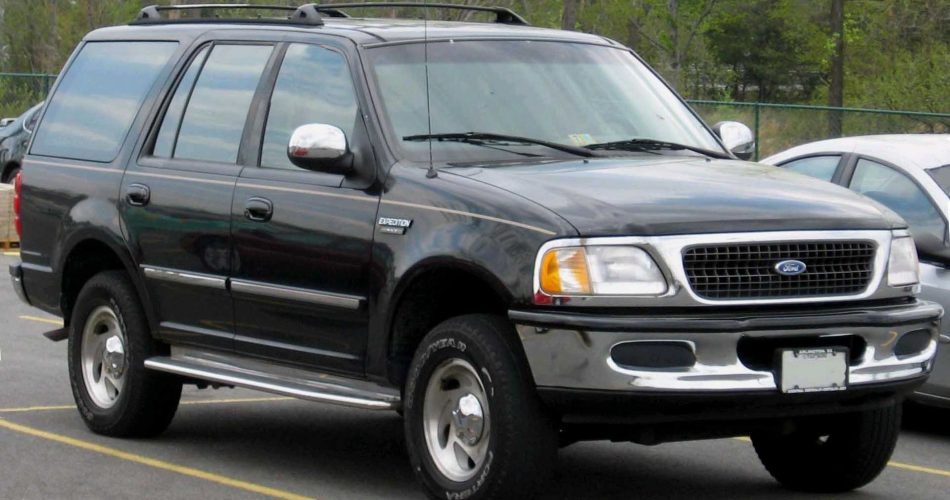 The Ford Excursion Is a Massive SUV With a Cult Following

2000 Ford Excursion is huge a massive SUV with a v10 engine designed to carry your whole family and all their stuff and tow a boat without ever breaking a sweat. Since the Excursion was canceled more than 15 years ago used models have been in huge demand and today we are going to review this Excursion and explain why.

For many years Chevrolet made popular full-size SUVs: the Suburban going back decades and also the Tahoe which joined in the 90s. Ford decided to answer with a rival, the Expedition, in the late 1990s. And it was very popular and well-received. But then they decided to take things to the next level of huge — the Excursion. Unlike the Suburban and Expedition, the Excursion was based on Ford’s largest pickup truck — the F-series Super Duty, and it really could do it all. It had room for your whole family and a huge cargo area behind the seats for all their stuff and it really could tow just about anything you wanted. But rising gas prices and a reputation for massive excess killed the Excursion after the 2005 model year and only one generation.

And then something interesting and rather unpredictable happened. Demand started to increase. After the Excursion left the market Ford didn’t replace it with anything and neither did anyone else. And that meant that families who wanted to take the whole family and all their stuff on a road trip while towing an RV or a horse trailer didn’t really have any other options. And so used excursions are in tremendously high demand.

We are going to start the quirks and features of the Excursion by discussing its best feature, the thing that most people know it for, and that would be its capability. Ford offered four different powertrain options throughout the Excursion’s life. There was a powered v8, there was a gas-powered v10 and there were two different types of diesel — originally a 7.3-liter diesel v8, which was replaced by a 6-liter diesel v8. The 6-liter had the most power and torque so you would think that is the engine you want but over the years since this truck came out, owners have discovered that the 6-liter had a lot of reliability problems, and solving them is pretty expensive both in terms of time and parts. So a lot of people gravitate towards the 7.3-liter turbo diesel v8. But those are getting hard to find, they often have high miles they’ve been used for towing and those trucks are getting worn out.

The gas v10 was also a massive powertrain for a massive vehicle. This was a 6.8 liter v10, it only has 310 horsepower but 425 pound-feet of torque, and these are known for being pretty reliable. When you think about v10s you think Lamborghini Gallardo, Lamborghini Huracan, BMW m5, Dodge Viper but here you have a v10 and a family SUV. But it was a massive family SUV so having that big v10 kind of made sense.

And behind that rear door, there are seats and lots of them. There is the second row, of course, which is pretty big, big enough for an adult to sit comfortably with no problem. There is also the third row because the Excursion is huge and so you’d expect third-row seating but the unexpected part is the massive cargo area. You rarely see a cargo area this big behind a third row.

The quirkiest thing about this cargo area aside from its massive size is getting into the cargo area. You don’t just have a tailgate that you open up, instead, you have a half tailgate that opens as a normal tailgate does, and then you have dutch doors that open out from the center to individual ones. And that’s how you access the cargo area in the Excursion. You may be wondering why didn’t they just give it a normal tailgate, and that’s because of towing. They knew a lot of people would be towing with this and if you have a full-size tailgate sometimes you can’t open the tailgate while your trailer is in place because the tailgate will hit the trailer. But if you have a half-sized tailgate you should be able to open it in all situations and then you can still access the cargo area even if you have a trailer in place.

Once you’re in the back of the Excursion, you will notice a couple of interesting things. For one, there is a power point here, a cigarette lighter-style outlet which you can use to power stuff if you’re tailgating. You also have the spare tire back here which was an old-school SUV feature that is now gone. This might have been one of the last SUVs to have the spare in back as late as 2005.

Getting into the third-row seat is pretty easy. A lot of SUVs from this era have complex latches and levers to get into the third row but not this one. You just move the latch forward and then push the seat and you’re good to go and you can climb into the back. And once you’re back here you discover a shockingly roomy third-row seat.

There are also some other nice amenities back here. There are two cup holders, one over on each side so you could store your drinks. There is a little storage cubby that included a charge point for devices. And there are climate vents to blow air on you. These things don’t seem like much by modern standards but 20-plus years ago when three-row vehicles were not all that common these were some nice touches to have.

One interesting item back is what’s on the back of the second row of seats. There’s the seat back and then there’s a carpeted thing folded up connected to the seatback. This is a feature that allowed you to have a flat load floor when you folded down the second row of seats. You fold down the second row, lift the seat bottom, and then you fold the seat back. But the load floor isn’t flat, however, you take off a little piece of carpeting from the back of the seat, fold it back and you have a flat load floor. The third row will not be folded flat, you have to remove it for that purpose but if you do remove the third row, you can fold the second row flat, and then you have a truly flat massive cargo area back here. Basically, you have a super-duty pickup which this essentially was just in SUV form.

On to the other quirks and features of the second row, one interesting one is another rear-seat entertainment screen. You can pop the screen down and control it using little buttons. So there are two separate rear entertainment screens in this car for two separate rows of seats because they knew you were buying an Excursion you probably were carrying a lot of kids and they all wanted to be entertained.

Also, in the second row, there’s a little slot for the remote control for the screen. And also on this massive overhead center console, there are climate controls. You can adjust the air temperature, the fan speed, and, of course, exactly where the air is coming out. A nice feature but not that surprising in a vehicle that was so focused on its rear-seat passengers.

Also back here, there are additional controls for all the screens in this car. There are a few controls for the audio in the middle, in the back of the front center console, and then to the right, there are hookups for whatever device you want to connect to it: a DVD player or maybe a VCR. You could plug it in here and then control it using these controls or the remote. And by the way, even though you have those inputs there for a device like a DVD player, you also have built-in players in this car underneath the second row of seats. There is a VYS player under there and also a DVD player, and these are hooked up to the screens in the car.

Next, let’s move on to the front of the Excursion, and frankly, this was a super-duty pickup. And pretty much everywhere you look you saw some of this utilitarian super-duty feel throughout this interior. On the hood latch, there is an image of a pickup truck with its hood up because this hood latch and probably the entire front end was borrowed straight from the super duty trucks so they didn’t bother to change that.

There were some nice luxury touches in here, for instance, the power rear vent windows. You have little switches on the overhead center console, you press the switch and then it opens up the rear windows for ventilation for more air for the rear passengers, which is pretty nice and a lot better than the old-school vent windows where you had to manually open, which are a lot more difficult to deal with. This Excursion also had good technology for its time. In the center console, you have a CD changer which is nice to see, and of course the screens and the massive overhead center console.

The truth is, though, people buying this didn’t really need a luxury SUV. A lot of people buying Excursions had previously owned super duty pickups that they towed with and so this just allowed them to tow and bring the family and have a cargo area. And so even just a few more comforts than a super duty went a long way primarily because most people buying this were doing so for the capabilities. Anything else was a bonus.

And the Excursion’s utilitarian feel certainly extended to its styling. This was not a nice-looking SUV. There are no swoopy lines, nothing designed to make this an attractive or particularly endearing SUV. Instead, you had the front end from the Ford super duty trucks, and then you had a rear end that was basically an SUV and that was pretty much how they made this.

This family SUV has a v10 which is kind of crazy. But the Excursion is an excessive vehicle. Chevy has done a 2500 series Suburban for years but the Excursion was more capable. It had way more interior room, it had more capacity. Driving this thing around, it’s actually not as big as you would expect. It’s certainly big, the body rolls, when you go to turn the wheel — not much happens, very over-assisted steering, it’s not a sports car by any stretch. But it doesn’t feel that massive, it’s a big vehicle but it’s drivable in a city. It makes a lot of noise but it’s not fast. But the truth is, these were not bought by people who had any preconceived notion that it was going to be anything other than what they needed which was a hauler.

And that’s what Ford Excursion is for — they’re absolute workhorses. It’s not that nice, it looks like an old super duty but the capabilities that this vehicle offered are even still to some extent unmatched especially when it comes to interior volume. These are massive and inefficient especially by today’s standards and even back then but they have a unique ability to tow whatever you want and haul whoever you want and all their stuff. And so it’s no surprise that it’s hard to find a good Excursion on the used market. 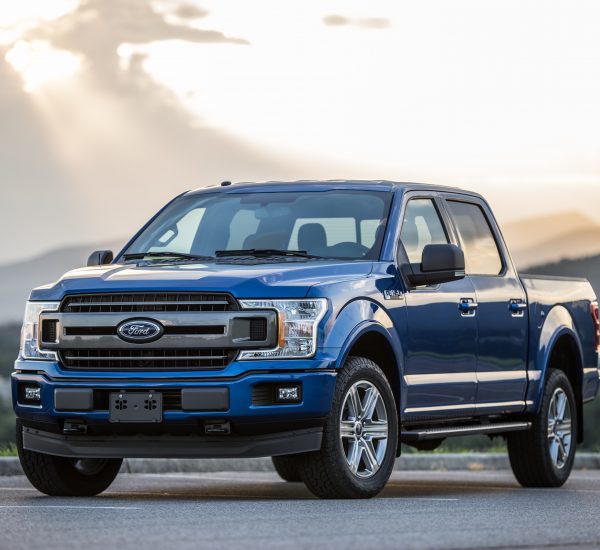